To the Colonist Community,

In our wanted features list, Ranked Games & Leaderboards was the 2nd highest suggested feature, so our team worked night and day to set up the required infrastructure. We have finally fixed the bugs and polished it enough to be launched.

We are happy to be able to provide you Ranked Games & Leaderboards, and proud of the high quality and efficiency achieved. We worked with world class academicians to have a better matchmaking algorithm than our competitors (post about this coming soon). However we realized that while we were focusing on the product we had forgotten to pay attention to the community, their wants, needs and desires. We are lucky to have a mature and vocal community who have thoughtfully expressed what they want.

There are many decisions we make each hour while working on Colonist. We get some right, and some wrong. But thanks to our supportive community, we get feedback about wrong decisions and are able to correct our course.

We know a lot of people are very passionate about Colonist. We were overwhelmed with the feedback we received on Ranked Games. A lot of people reached out with ideas, suggestions, opinions and questions about these systems. This post is meant to address those.

Firstly, we read every feedback regarding the recent changes. Here is what we have noted down:

The good thing about having the whole system setup and stable is we can tweak and iterate with ease. For players who have been following our progress, we update the game every 2 weeks making it better each time. Today is better than yesterday, and tomorrow we will be better than today. Colonist was not built in a day. Ranked games might not be perfect right now, but with continued improvement it will be the best of its kind.

Here are answers to some of your questions:

Will Ranked Games be only available to paying users, or will it be free to play for everyone?

After the feedback received, we decided to make it free to play, without limits. We have already built the feature, it goes live in v136. Free users will need to watch a short video advertisement to unlock ranked games.

Why did you implement a Membership Plan?

Colonist is not just a hobby project, we are supporting a team of developers which we aim to grow as time goes on.

Our previous business model does not allow us to expand the game. Colonist is an online service and we want it to be a healthy platform for many decades. A player who has bought an expansion once and continues playing forever using up server resources is not sustainable, and we would eventually run out of money to continue the business.

We had 2 choices in front of us: either stop working on Colonist and work on other projects, or make new features and charge for them. We chose the second because there is so much more we want to add to the game and we see so much potential for Colonist to grow.

I don’t like the prices of the Membership Plan, how about you price it $x instead?

Multiple levels of research and experimentation went into the decision of determining these prices. We fully realize not everyone will be able to afford them, and they shouldn’t have to pay to enjoy the features. We will continue improving the game for both free & paid players.

Have you thought about MY_FAVORITE_GAME revenue model?

Of course. We have spent a whole year researching, testing, and planning this. We explored many possibilities and models. If we are wrong, we will continually improve to try to get it right within a few iterations.

Here are some insights:

When are Cities & Knights and Seafarers Ranked game modes being launched?

There are a couple more fixes and iterations we need to do on the current ranked system to make sure it is stable. We will start working on Ranked CK and SF right after.

Will Membership affect other features of the game?

Not at all! Everything will continue working just as it has been so far; no one is losing access to anything they own. All store items are still available to be purchased individually, and more will be added in the future.

You should expect more of your favorite maps and expansions getting hosted in public rooms because now there will be more active players who have access to all the cool features we’ve built over the years.

What’s in the roadmap?

These are the features we are going to work next (order has not been decided yet):

We are super thankful and appreciate the support and feedback we have received. We will get some decisions wrong but we will try our best to make things better.

Thank you for reading. 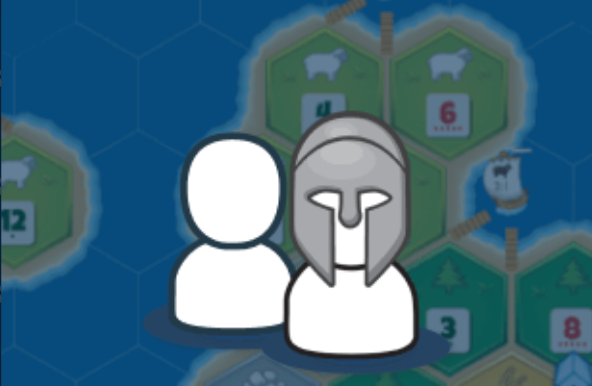 Want to learn how to crush your opponents at Colonist ranked 1v1 games? Read on! 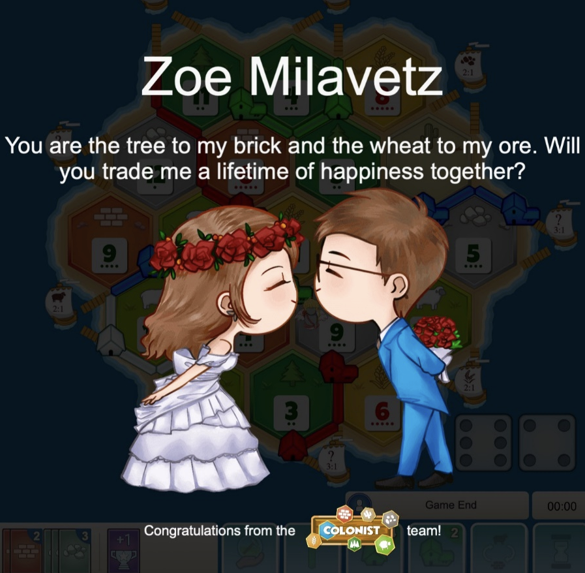 One of our long-term players Adam proposed to his girlfriend Zoe, also a passionate fan, during a game of Colonist. Read about this magical and completely unique marriage proposal!